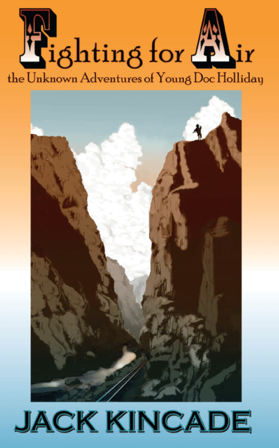 "A spectacular read...a totally involving magnetic history of an unusual and exceptional individual which keeps you on the edge of your seat...I couldn't put it down."

"...Against this historical backdrop, the author does an outstanding job of getting inside the character to help understand the events and people in his life that created the man everyone knows. I would highly recommend this book to anyone looking for a well crafted character driven story, historical fiction or just looking for a good read."

"I have never been a fan of the Wild West (but) now I am! Wonderfully descriptive."

"I didn't want to stop reading. A facinating story and eye opener as to how things were. It makes me want to know more of the early history of this country."

"It is extremely rare for me to find a book so engaging that I truly cannot put it down... I highly recommend this novel to anyone who loves a good yarn."

"I am  also Proud to announce that 'Fighting for Air - the Unknown Adventures of Young Doc Holliday' was Featured On Camera...4 Separate times, in THREE  SEPARATE
EPISODES  of the 2014 SEASON TWO of    'ORANGE IS THE NEW BLACK'

TRY THE LINK BELOW AND SPOT IT!

See if you can spot it in the show folks.  Make a drinking game out of it and have a shot for me every time you see it in the show! 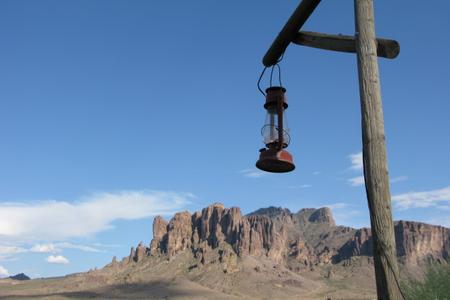 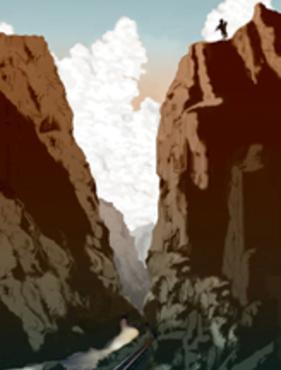 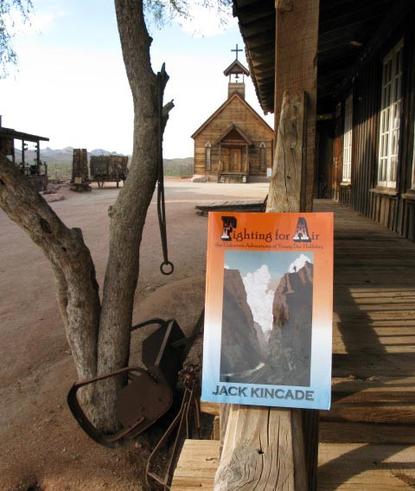 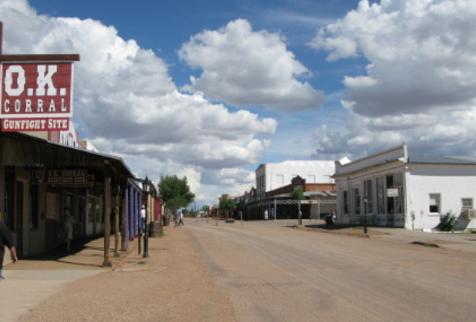 But very few real Western fans know anything at all about the extraordinary past of the infamous and dashing Doc Holliday himself. He was so much more than merely Wyatt's loyal best friend and defender in all dangers.

His example of unwavering friendship has come down to us through time to define the very meaning of Loyalty, Friendship and literally the American notion of 'Having Someone's Back!'

But how did Doc Holliday ever become Doc Holliday in the first place? It seems that everyone knows the name... but no one knows the true 'origin story' of one of the coolest, heroic, western characters to ever live. And unfortunately his early, unknown life story has been lost to us all on the winds of time. Until now.

It turns out that Doc Holliday's intrepid young life was filled with endless tales of his own impossible daring adventures.  His gallant youth composed of nothing less than an escalating series of swaggering, witty conflicts as he consciously ran headlong into danger with countless deadly exploits long before he ever grew up and met that famously somber young Deputy Marshall named Earp or arrived to that bustling little silver boomtown called Tombstone.

'Fighting for Air - the Unknown Adventures of Young Doc Holliday' covers this span of time that no one is familiar with  in Doc Holliday's life story. The story of his 'coming of age' has never been told.

What everyone gets wrong and forgets about entirely in the Doc Holliday story, in all the books and all the movies, is just how young he really was when his fierce reputation and legend began to grow. He was only 21 years old when the doctors in Atlanta, Georgia handed him his death sentence. Consumption. Tuberculosis. He knew what he was in for. He had watched helplessly as his mother had died from it a mere seven years before.

The doctors told him he he might add a year, maybe two at most to his young life if he fled west for the dry air.

And so he did. Running for his life. Leaving behind his family, his beloved South and even the great love of his life, his  first-cousin Mattie Holliday, who ultimately joined a nunnery over their scandalous affair.

This sweeping, romantic epic follows young John Henry Holliday all the way from his dangerous Civil War childhood adventures taking him through the daring rescue of his Uncle Thomas at the end of the Civil War and the tragic, untimely death of his beloved mother in his arms; his mad dashes through the West looking at prolonging his own life, only by risking it daily; his first legendary meeting with Wyatt Earp and the dapper Bat Masterson and even Eddie Foy, the world famous vaudevillian; Doc's major involvement in the Royal Gorge Railroad Wars and his helping Wyatt survive an assault on Dodge City by the infamous Clay Allison and his gang.

And ultimately the novel ends with Doc triumphantly and happily riding away from Dodge to hopefully reunite with his best friend Wyatt Earp in a little place called Tombstone, accompanied by his faithful, dark soul-mate, the lovely saloon girl, Kate Elder, riding fast at his side.

The other misconception about the young man, the one element that everyone gets wrong in the Doc Holliday Story is that Doc was extremely violent and carelessly cavalier with his young life merely because he was so close to death.

But I believe the absolute opposite was true. No young man ever wanted to live more than Doctor John Henry Holliday. He ran to live, he fought to live and he loved to live. He was constantly running for his life, 'Fighting for Air'... every single day.

You see, this steely young southern gentleman didn't surrender to the horrible curse that Fate had hurled at him so sadistically, or lie back down and curl-up into a ball to die, as most would in the face of those impossible odds. He made a clear choice. He stood back up on his hind legs, brushed himself off and disappeared into the west like a ghost... somehow destined to become 'Doc Holliday' instead.

So how how in the world did the very proper Docotr John Henry Holliday D.D.S. of Griffin, Georgia become the dahingly brave Doc Holliday of Western legend?

How could this sickly young dentist, with all of his formal education and gentlemanly upbringing, transform himself so radically into the avengeing anti-hero who took on the meanest bad men the Wild West had to offer?

And why would valiant Wyatt Earp, of all people, trust this brash, drunken gambler and notoriously deadly young gunslinger so implicitly with defending his own noble young life?

All of these questions are finally answered in 'Fighting for Air - the Unknown Adventures of Young Doc Holliday' by Jack Kincade.

This is how the boy became the man.

Thus is how that young man became the Legend.

To get your copy today  for yourself or the True Western Lover in your Life!

Everyone around the world knows all about Wyatt Earp's exciting life story, the Legendary Shootout at the OK Corral and how his best friend named Doc Holliday was there to back him to the hilt, even willing to die for Wyatt and his brothers, right on this very spot in Tombstone, Arizona.

Finally these unwritten chapters of one of the Wild West's greatest real life heroes flash dangerously to life across the open pages of   'Fighting for Air- the Unknown Adventures of Young Doc Holliday', as if illuminated by gunfire.